GrocerGram will compete directly with Instacart and others in the grocery delivery business. Successful competition for the existing pool of subscription-based grocery delivery service users is fierce. Why order groceries through GrocerGram instead of the other guys? The path of least resistance wins the consumer competition. Whatever service is the most convenient to use with the best service and lowest cost wins right?

Retailers’ abuse of bargaining power ​- Over the last 50 years, retail chains have acquired a very high share of grocery revenue and increased influence over suppliers, causing deep impacts on consumers worldwide. Bargaining power has tilted in favour of retailers who dictate what food is grown and how it is processed, packaged, priced and promoted.

As an example, in the UK, four retailers serve as the slim conduit for 7,000 manufactures to sell their products to 25 million households, which demonstrates how the existence of retailer abuse in the grocery industry has not only been allowed to develop​ ​but​ ​also​ ​to​ ​thrive.

Offline shopping obsolescence has given way to new delivery models - ​Over the past decade, online grocery shopping has quietly closed in on the traditional industry. When designed well, online shopping offers a simpler, quicker and more price-competitive services in comparison with those of brick-and-mortar stores. But online groceries still do​ ​not​ ​address​ ​the​ ​rampant​ ​abuses​ ​in​ ​the​ ​industry​ ​by​ ​the​ ​retailers.

the ecosystem enables direct interaction ​- Through GrocerGram, consumers will buy grocery goods directly from manufacturers, saving up to 30% on purchases. Manufacturers will be able to offer easily custom promotion and loyalty programs and receive direct feedback​ ​from​ ​consumers.

How GrocerGram will make money ​- The revenues of the GrocerGram Foundation will come from the following 2 sources: (1) a small transaction fee as a reward for maintenance of the GrocerGram's own blockchain and creating smart contracts, and (2) a distribution centre fee in the cities where the GrocerGram Foundation will establish the physical infrastructure (we plan to put distributions centre into operation on our own in the first 10 cities and then search for independent​ ​distribution​ ​centre​ ​operators​ ​to​ ​expand​ ​the​ ​ecosystem​ ​in​ ​other​ ​cities).

The global grocery industry is dominated by mass-market retail chains. At the national level in many countries, a large share of the grocery market is frequently in the hands of few retailers.

While some amounts of buyer power are understandable and simply desirable for competitive advantage, the high level of concentration causes a growing imbalance of buyer power within the​ ​grocery​ ​supply​ ​chain,​ ​as​ ​discussed​ ​below.

Exerting buyer power is natural when not abused - Buyer power is essentially the ability of a buyer to obtain more favourable buying terms than would be possible in a fully competitive market. It is understandable that any industry participant would seek bigger volumes as a tool for negotiating better prices. But retailers push the limits of what is fair. Grocery retailers are perpetually and aggressively extracting better terms from already squeezed suppliers, going far beyond the benefits a player should receive for​ ​attaining​ ​economies​ ​of​ ​scale.

Large or small, no supplier has enough power - Global constituents, such as Procter &Gamble, Nestle, and Unilever do play a role in the industry and have more negotiating power than small suppliers.

Still, these companies simply are no match for the extensive control retailers have on end-customers power throughout the supply chain. For example, Wal-Mart’s sales are approximately 4.5 times greater than those of its largest supplier, Procter & Gamble.2 Wal-Mart accounted for 16% of Procter & Gamble sales in 2016.3 Producers of non-branded goods, most notably agricultural producers, have even less​ ​access​ ​and​ ​bargaining​ ​power.

Retailer buyer abuse extends beyond normal pressure - The explanation of this pressure is abuse of buyer power. Such power allows retailers to determine what will and will not be stocked, and on what terms, such as sources, quantity, quality, delivery schedules, packaging, returns policy, and above all, price and payment conditions. Indeed, a supermarket company wields an important bargaining chip, namely the threat to stop selling one or more products. When large food retailers purchase at unit prices that are lower than those available to small retailers, the resulting price variances may or may not​ ​match​ ​differences​ ​in​ ​the​ ​unit​ ​costs​ ​of​ ​supply.

Evidence of retail power abuse - The Competition Commission in the UK, for example, did find that major retailers enjoy a price advantage that exceeds the cost difference.

Additional departures from proper retail conduct included: delaying payments to suppliers beyond the terms in the contracts, and changing quantities or product-quality specifications at less than three days’ notice, and without paying compensation to the supplier. When suppliers are characteristically numbered in the thousands, supermarkets on the fingers of one hand, and consumers in the millions, the imbalance of bargaining power is certainly striking.

As retailers acquired an increasing presence in the minds of consumers and economic power in grocery markets, it is unsurprising that they have developed their own brands to bolster market share​ ​and​ ​profits.

Retailers now directly compete with their supply chain - As if the significant imbalance in retail control and power over manufacturers and consumers was not enough, the the retailer has a new role. In addition to their traditional role as purchaser, with the the proliferation of private label strategies, retailers have become direct competitors of product​ ​companies.

Private labels becoming more prominent and sustained - For instance, in Australia, the share of supermarket food sales occupied by retailers’ own brands is now estimated at 25%. In the UK, it is estimated by the British Brands Group to be double that.  Manufacturers are in constant need to develop differentiated products to attract customers, an intense challenge when retailers often launch copycat store-brand products​ ​at​ ​the​ ​same​ ​time​ ​as​ ​the​ ​national​ ​brand.

Retail profit and cost savings win over supplier relationships - Although shelf space is finite, branded goods are being increasingly squeezed out by retailers’ own brands. It is twice as profitable for retailers to do this. The promotion of their own branded products can be carried as part of their corporate promotional overhead, which implies substantial savings of indirect cost. In addition, the closer control that supermarkets have over their own brand suppliers means that they often achieve lower direct product costs too, and in most​ ​cases​ ​compromising​ ​the​ ​quality​ ​to​ ​increase​ ​profits.

Yet store brands often command similar prices as national ones - Retailers’ own brands have moved upmarket into premium and prepared foods and the prices they can command​ ​are​ ​often​ ​not​ ​far​ ​below​ ​those​ ​of​ ​independent,​ ​established​ ​brand​ ​owners.

Effective measures to prevent unfair commercial practices in the grocery retail industry and the resulting detriments to both consumers and small and mid-scale manufacturers are urgently needed. Remedies should be based on a fundamental principle of fair dealing and should be enforceable​ ​and​ ​binding.

While smaller producers across the world are being displaced from the store shelves by a relatively​ ​small​ ​group​ ​of​ ​large​ ​retailers,​ ​significant​ ​inefficiencies​ ​exist​ ​in​ ​the​ ​supply​ ​chain.

High distances between manufacture and consumption - It is estimated that the average American meal travels about 1,500 miles to get from farm to plate.7 This problem is relevant for the world’s many countries and might lead to acute financial, ecological and health-related consequences with significant adverse impacts in the long term. Food miles, the distance food travels from the place it has been grown to where it is ultimately consumed or purchased, increase significantly when buyers import food​ ​from​ ​other​ ​parts​ ​of​ ​the​ ​country,​ ​region​ ​or​ ​world.

Waste in various areas of the supply chain - In distribution centres and on grocery store shelves, food is being wasted. Every night, some perishable items such as bread must be thrown out. According to a recent survey, 400 million pounds of food is served by supermarkets, yet nearly a third of it is wasted annually.9 In addition to the sheer lack of responsibility, especially when hunger continues to be such a global issue, is the loss of profitability due to the power of retailers’ dominating the supply chain simply because they control negotiation discussions.

Unfortunately, current retail systems are designed to reduce stock-outs rather than measure and manage food waste. Therefore, managers optimize​ ​to​ ​ensure​ ​food​ ​is​ leftover​ ​on​ ​the​ ​shelf. The time has come for connecting consumers directly with grocery manufacturers​ ​via​ ​a​ ​decentralized​ ​consumer​ ​ecosystem.

“Our mission is to build an accessible ecosystem enabling consumers to buy directly from high-quality​ ​grocery​ ​manufacturers​ ​at​ ​lower​ ​prices.”

The GrocerGram ecosystem will be a scale able platform that enables consumers to buy best-quality groceries​ ​directly​ ​from​ ​manufacturers​ ​at​ ​lower​ ​prices​ ​with​ ​convenience.

Manufacturers are struggling to get direct access to consumers and can't shelf product in retail stores, despite excellent​ ​products​ ​that​ ​would​ ​have​ ​received​ ​ ​strong​ ​demand​ ​from​ ​consumers.

The supply chain in grocery retail is obsolete. ​Wholesalers and retailers developed in the second​ ​half​ ​of​ the ​19th​ ​century​ ​should​ ​be​ ​replaced​ ​with​ ​technology​ ​in​ ​the​ ​21st​ ​century. We believe in the power of decentralization. Consumers and manufacturers deserve the a free​ ​choice​ ​that​ ​is​ ​not​ ​influenced​ ​by​ ​retailers​ ​and​ ​the​ ​way​ ​they​ ​conduct​ ​business.

Disrupting with blockchain is the paradigm shift. ​While the idea of disintermediating the retailers are not new, the advent of smart contracts and blockchain will help us make it a reality.

Grocery retailers have acquired a dominant market share and high concentration: up to 90%​ ​of​ ​the​ ​market​ ​in​ ​many​ ​countries​ ​is​ ​controlled​ ​by​ ​a​ ​handful​ ​of​ ​retailers The grocery industry is reaching a digital tipping point, with much of its growth expected​ ​to​ ​come​ ​from​ ​online.

One of the biggest segments of retail and comprising a significant share of the consumer’s wallet, the industry has a deep impact on grocery sector stakeholders, particularly manufacturers and consumers. As an example of the consumer impact, the figure below shows the​ ​portion​ ​of​ ​consumers’​ ​household​ ​spending​ ​that​ ​food​ ​comprises​ ​in​ ​a​ ​variety​ ​of​ ​countries. 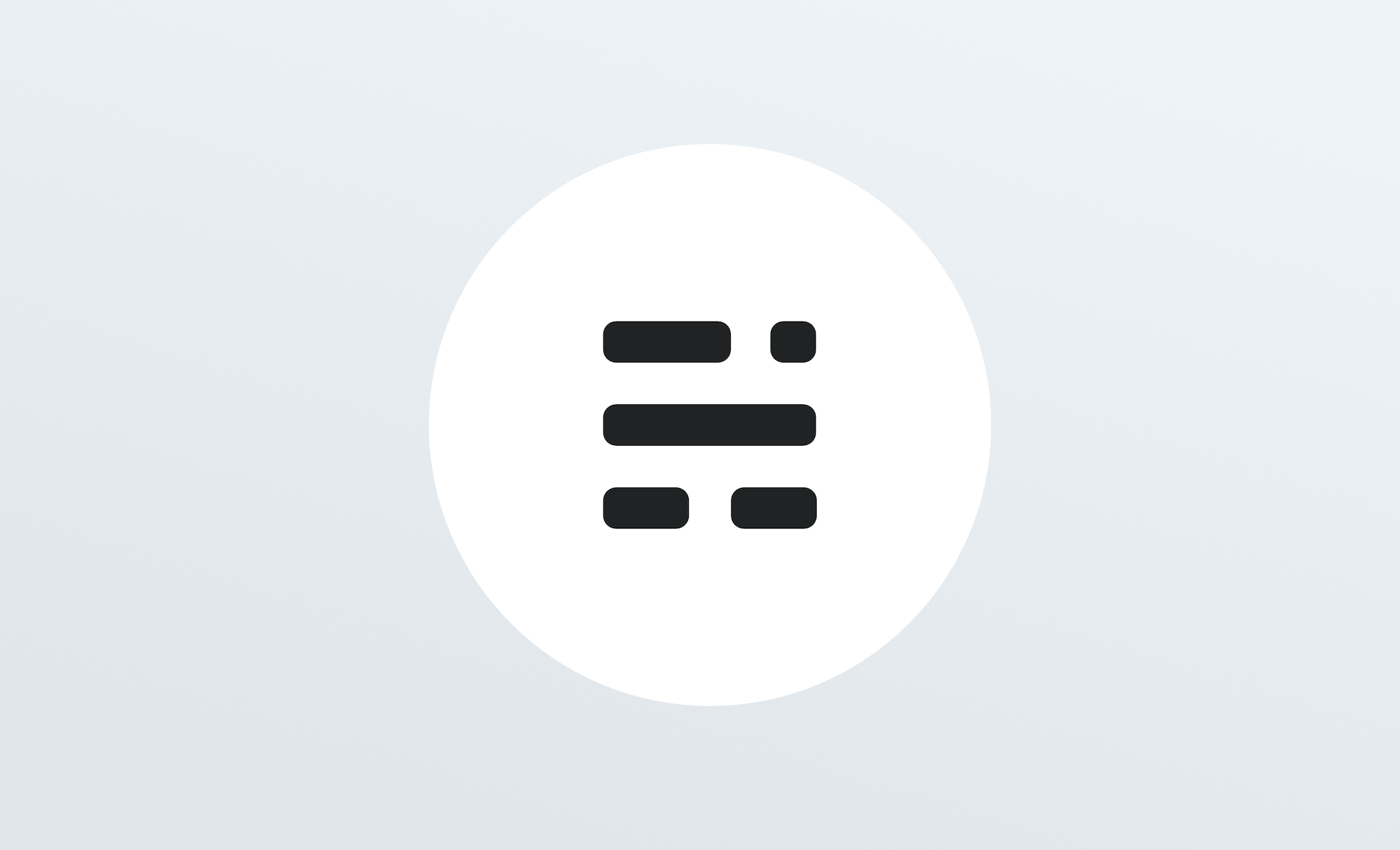